NEW YORK CITY, New York – Driven by homeland inspiration, celebrity entrepreneurs Alexander Harris and RaQuel of Kiss the Monkeys and Kiss the Mermaids (KTM) aims to bring fashion to charity. Bringing an exclusive Once Upon A Runway {A TOY STORY} “EXPERIENTIAL EVENT” to appeal to the members of this philanthropic group of celebrities, entrepreneurs, socialites, entertainers, and influencers. The Once Upon a Runway {A Toy Story} NYC fashion runway KTM event venue is sponsored by New York’s most famous toy store featured in the movies Big and Home Alone 2, FAO Schwarz and will benefit St. Jude Children’s Research Center, this renowned hospital treats the toughest childhood cancers and pediatric diseases. 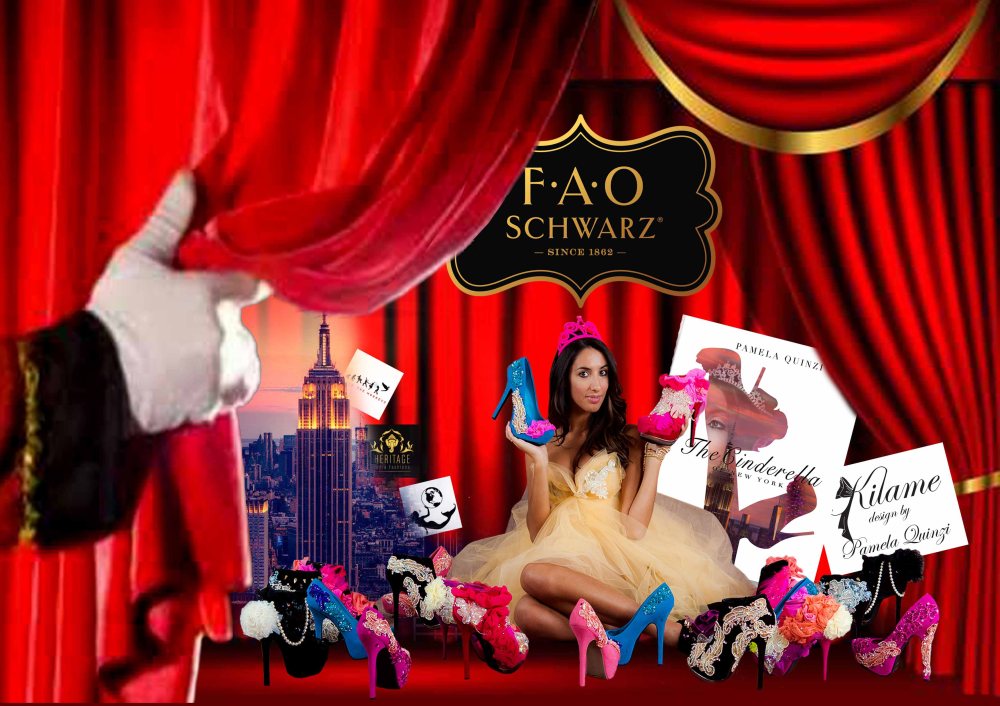 This year, the fashion and beauty industries will move towards even greater change as this experiential event offered by KTM in conjunction with diverse individuals and industries ties in with the reason for the comeback of FAO Schwarz. On January 16, 2020, FAO is shutting its doors early for a red carpet private shopping experience including a fashion runway presentation and music performances. KTM celebrates beauty in diversity and has featured models with autism and cranofacial disorders. The Once Upon A Runway will be featuring models with disabilities who are challenging the fashion industry’s standard of beauty by not shying away from their natural beauty and innate talents. While brick and mortar retail shops like FAO are continuously closing, this trend is now what brings bodies into the stores. You can’t get that online. This extravagant event will be hosted by his highness, Prince Mario-Max De Schaumburg Lippe and Jennifer Murphy.

There will be several notable modern fashions, including varieties of vegan fashion. The Headline Designer and co-producer of Once Upon a Runway event will be Prashant Goyal of Heritage India Fashions.

Heritage India Fashions is the global leader in formal Indian and Indo-western men and women’s fashion, from wedding sarees and lehengas to contemporary Indo-western outfits created by award-winning designer Prashant Goyal. Prashant has a sharp eye for color, texture, and fabric. His love for clothing design, cultivated at a young age where he worked at the family’s East Village designer clothing store, The Dress Shoppe. After studying business management in college, Prashant took over the family business and, in 2017, opened Heritage India Fashions in Manhattan, New York. He began focusing specifically on Indian culture and heritage in his fashion, incorporating western cuts and styles, to create trendy, unique designs that could be worn to the corporate office and formal events alike.

Celebrity Fashion designer Pamela Quinzi, The Cinderella of New York, will present a special and dreamy fairytale runway at FAO Schwarz with her famous Kilame Collection of dresses and One of a Kind shoes. Pamela Quinzi’s creations have been seen in magazines, televisions worldwide and major Red Carpets such: The Oscars, Grammy, Emmy and many more. In 2019 Pamela published her first book: The Cinderella of New York, the purpose of the book is to inspire people to follow their dreams and never give up no matter what. http://www.cinderellaofnewyork.com

Other event partners include Assuaged, Do-A-Dollar, and RAS International. Various celebrity models flying in from different corners of the continent to support St, Jude’s. A great Bollywood presence will be there because of heritage India fashion and Meera Gandhi who will be the recipient of “The Evolutionist Award” for her philanthropic efforts. The event will be live-streamed by B4U TV and ET I Times Now.

Other designers will be Vila Beauty Resources and Teresa Costa Collections.

There will also be a silent auction curated by international gallerist Marina Dojchinov <http://www.marinadojchinov.com/>, who will be bringing in artwork from around the world. All the works will be donated by the artists and money raised will go towards the charity.

KTM is an award-winning organization recognized by The United Nations and the founders, RaQuel Sanchez and Alexander Harris have also received the Presidential award. Their events draw mass media appeal. You will want to follow KTM Event’s Facebook Event Page to get the latest updates as invited celebrities are announced.

“We understand with the advent of smartphones and social media we need to find evolutionary ways to relate to one another face-to-face. We do that through our events using those platforms to build trust and community. KTM’s hashtag is #jointheevolution because we wanted 3 words to say “welcome to our network of ever-progressive humans.” Quote by Co-founder RaQuel Sanchez